The Far Side Gallery 2

The second Far Side treasury. 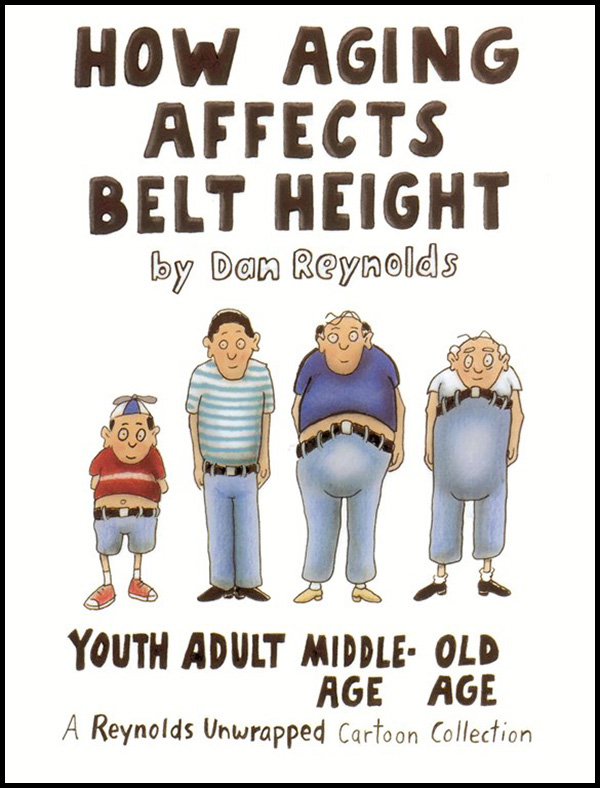 Dan: What's your secret to a long life, Fred?Fred: No secret. Haven't any...maybe bee pollen and honey.Dan: When you get to heaven, what do you think God will say to you? Fred: What took you so long? --From the foreward.

Reynolds Unwrapped has earned its reputation as one of the craziest panel cartoons around. In this collection, the spotlight is on getting older. Aaww, but don't worry: The laugh lines will be worth it!

Viagra, botox injections, antiwrinkle cream: Everyone is trying to fight the effects of aging, and the latest research indicates that laughter may be the real fountain of youth. If that's the case, then How Aging Affects Belt Height is your prescription for vitality. It will have you laughing like a kid again! Dan Reynolds's own age-defying generation, the boomers, will recognize themselves in the offbeat humor of these wacky cartoons. They remind us that aging may not be fun, but it sure beats the alternative! MUTTS is, to put it simply, the best comic strip produced in North America today." -The Infodad Page's five-star review

Giant events, earth-shaking themes, complex issues...all of these can make for captivating cartoons. But it's the artist who can take the simple, keep it simple, and still tell a story that really stands apart from the crowd. Patrick McDonnell, creator of MUTT's Mooch the cat and Earl the dog, is such a cartoonist.

The quickest way to absorb McDonnell's mastery of his art is to pick up this third MUTTS treasury, in which frame after frame and strip after strip he consistently displays his wit, cleverness, and ability with a pen. Mutts is the perfect way to escape into what appears to be an easygoing, carefree world. But just beneath the characters' banter and endearing mannerisms are the universal concerns of animals and people alike. The cartoonist's sparing style and gentle humor invites readers to fill out the frames with their own imaginations.

Nationally, McDonnell has received awards ranging from Outstanding Cartoonist of the Year to Newspaper Comic Strip of the Year. He has also received such worldwide praise as being named the Swedish Academy of Comic Art's Best International Comic Strip Artist. This strip's a winner the world around!