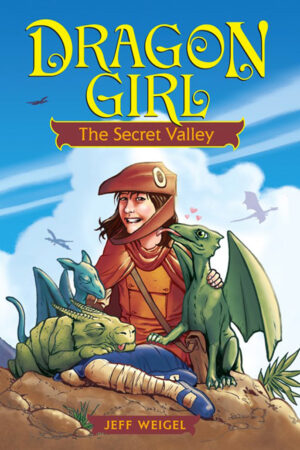 Dragons are dangerous creatures---all the stories say so. But after eleven-year-old Alanna accidentally stumbles upon a cave full of dragon eggs, she soon discovers that maybe the stories have it wrong.    "Weigel has created a compulsively likable heroine who seamlessly blends her strength and compassion, reminiscent of Ben Hatke's Zita the Spacegirl. With lovable dragons, flying ships and danger around every corner, this delightful fantasy doesn't disappoint." --Kirkus Reviews "A lively yarn whose only fault is that it's over too soon." --Publishers Weekly Eleven-year-old Alanna and her older brother Hamel are orphans and doing their best to take care of each other until one day Alanna stumbles upon a cave full of dragon eggs.  When the eggs hatch with no mother dragon in sight, Alanna decides to take care of the babies herself, even creating a clever costume so that the babies think she, too, is a dragon. With their large appetites and accidental fire burps, Alanna learns that dragon babies are hard work! And when a mama dragon finally comes to claim the babies, Alanna’s costume is so convincing that she is swept along for the ride as they journey to Dragon Rock, a mysterious magnetic force that draws dragons of all shapes and sizes to a magical, untouched valley.